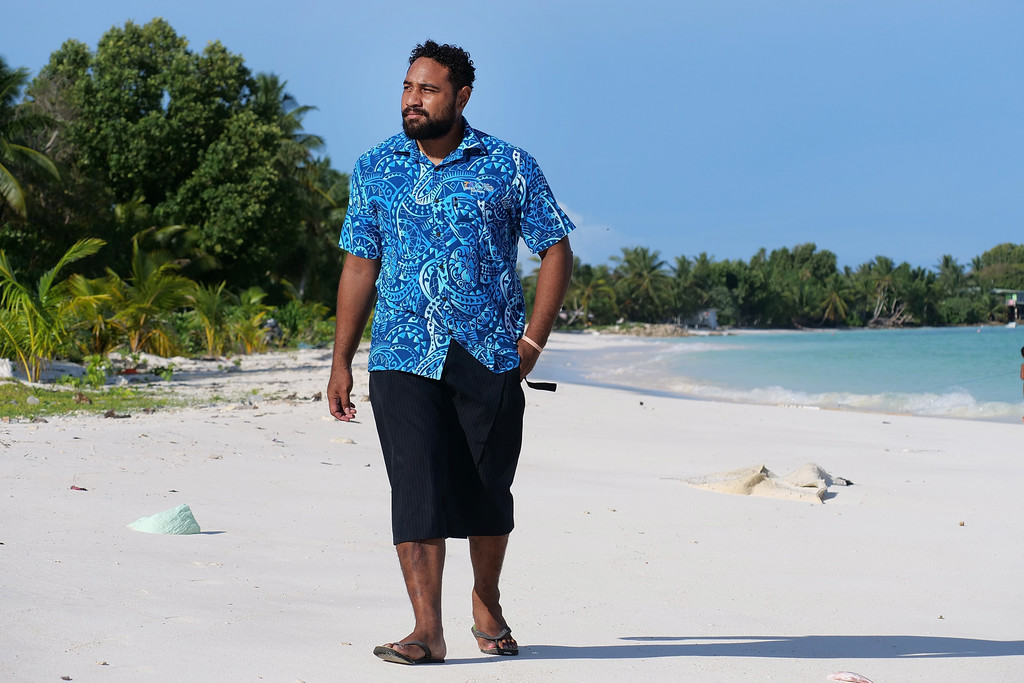 Funafuti, Tuvalu - 15th August: Jamie Ovia, Climate Mitigation and Policy Advisor to the Tuvalu Government declares that his nation is doing its best to adapt and mitigate climate ramifications. Ovia states that Tuvalu is trying to show the international community

This further reaffirms that the Tuvaluan nation will act as an international test. Rising sea levels of 5mm per year since 1993, considerably above the global average, are damaging crops and vital food sources causing flooding in the low-lying nation at high tides. Seawater rises through the coral atoll on the mainland of Funafuti and inundates taro plantations, floods either side of the airport runway and further infringes upon people's homes. The nation with an average elevation of only 2m above sea level is focusing on projects to allow the people to have a future. Four of the outer islands are 97% solar energy-dependent and the Tuvalu Government is working to achieve 100% renewable energy from wind and solar by 2025! An amazing initiative.